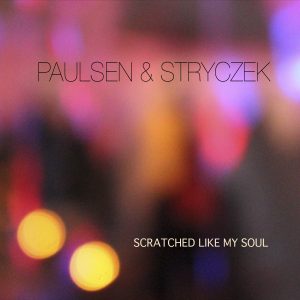 Once met a daydreamer and a master in the art of living, a studio freak and a street musician, a singer-songwriter and a groove inventor. What sounds like a get-together of a few exceptional characters, is the electrifying interplay of Paulsen & Stryczek’s very fine talents and forces, endowing the duo’s best for another truly breathtaking album adventure. “Scratched like my soul” is their third album release on Lemongrassmusic, a well-grounded, warm glowing journey of 13 electro-acoustic soundscapes. Oftentimes, the album is ruled by variable, exquisite guitar work, which is naturally reinforcing the earthy expression, the album pleasantly radiates. Occasionally propelled by uplifting grooves, a dash of Dub, Tango or Lounge, the journey remains excitingly colourful.

The beautiful Opener “Sahara” sets the tone, followed by the probably best song of the album. With catchy vocals and a bluesy guitar riff,”Scratched Like My Soul” sounds like a reminiscent to Zero7 and Bill Withers at the same time. Each following song maintains the high quality level, while a subtle, irresistible longing keeps increasing. A blissful tinge, telling about the beauty of our world, sweeps us away. Clouds drift by, sea waves roll ashore, shady alleys of majestic trees with leaves rustling in the wind – such imaginary pictures flood one’s brain, while Paulsen & Stryczek keep telling us their road stories.

Jens Paulsen is probably best known for his groundbreaking releases under his monikers „Patchwork“ (Spirit Zone Recordings) and „Bazille Noir“ (Jubilee Records). He met Daniel Stryczek on a small festival in Northern Germany back in 2010. Daniel’s passion for songwriting and acoustic instruments perfectly compliments with Jens Paulsen’s studio skills. For “Scratched Like My Soul” a mandolin player, two vocalists and a field recordings sound collector with some old tapes in his pockets joined the pathway of production. 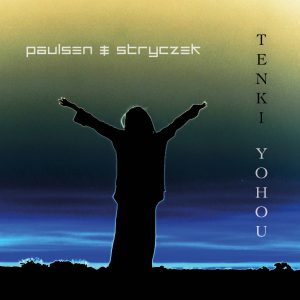 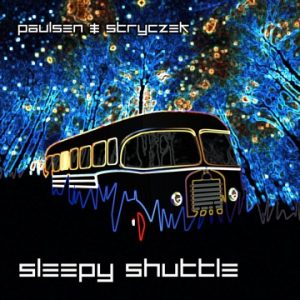 ‚Sleepy Shuttle‘ is a compilation of songs that combine elements of folk and electronic music. Song structures meet loop aesthetics. Acoustic and electronic sounds merge. The listener embarks on a journey through aural worlds. The psychedelic character of this album can be enjoyed as a meditative, mesmerizing, deep-listening experience. Cool, groovy beats, fat basses, psychedelic guitars and catchy melody lines make Sleepy Shuttle‘ a suitable choice of music for ambient and chill-out settings and in the case of some songs even clubs.
„Sleepy Shuttle“ is being released on label Lemongrassmusic on October 18th 2013.

Jens and Daniel want to thank everyone that had a part in making ‚Sleepy Shuttle‘. First and foremost the guest musicians and singers: Jele Mensen, Frederik Konradsen and Andreas Weinand (Clarinet). Many thanks to Tobias Trebesius for being a choice dude and designing the cover artwork. Many thanks for financial and emotional support from Kathrin Stryczek, Karl-Heinz Stryczek, Akane Otake, Jörg Meyer, Family Siptroth. Last not least, Felix Ragoss for feedback and guidance. 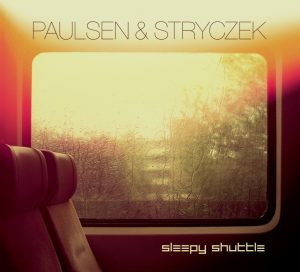